The Era of Stupidity 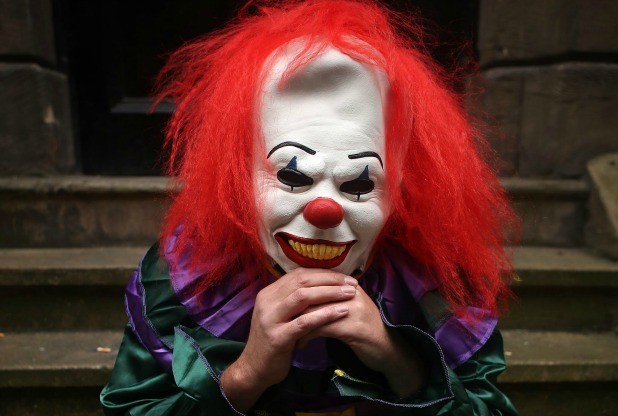 Debate should be based on facts, not hearsay or ideology

I am normally a good sleeper. But twice this year I have awoken from a peaceful slumber into a nightmare about clowns; it’s always clowns. In one of my nightmares I am a passenger on a plane where the pilot dies and a professional clown with a terrible comb-over and absolutely no experience with flying an aircraft takes the controls and prepares for a crash landing. Those of us in the back realise that there are quite a number of passengers on board who are fully qualified pilots, but the clown’s friends block the way to the cockpit and say he is undoubtedly the right man for the job; he told them so. Meanwhile we are in a rapid descent and the runway is fast approaching.

The second nightmare involves another clown, also with hair issues, who says he has a fortune to spend on our beleaguered health service as long as we join his campaign to cut ourselves adrift from continental Europe. It sounds like a great idea, so we do it. But when I wake up in a cold sweat I hear his fellow circus performers on the radio announcing deeper cuts in NHS spending. When the clowns wipe off their make up, it is clear both nightmares are reality. On both occasions the polls said I could sleep easily, on both occasions the polls were wrong. But what disturbs me the most about the outcome of the EU referendum and the election of Donald Trump is that we now appear to be entering an era of stupidity where mere facts can be swept aside by a fool’s opinion. And that, more than anything else, is likely to keep me awake at night.

The next US president will be a man supported by the Ku Klux Clan who has smeared his black predecessor in the harshest, indeed racist manner and who will now be in possession of the nuclear weapons codes. His narcissism, temper tantrums and manner of speech make him appear like a child trapped in a man’s body. But his rudimentary grasp on even the most basic facts of politics would make a ten-year-old of average intelligence blush with embarrassment. I suspect almost all politicians distort the truth to some degree, but this man’s habitual lies and disordered thinking is something that I have seldom witnessed outside a mental institution. His cabinet is a clown car packed with ideologues and religious fanatics. He has been a punch line in jokes for decades.

Donald trump is contemptuous of science and proudly announces that climate change is a hoax generated by the Chinese to undermine US trade. He has appointed Myron Ebell a leading climate change skeptic to lead the Environmental Protection Agency. He intends to repeal the Affordable Care Act (or ‘Obama care’) and replace it with…well, nothing. Effectively depriving up to 22 million Americans of access to health care insurance.

Back home, before the EU referendum Michael Gove said: ‘people in this country have had enough of experts’ and last month criticized ‘experts’ such as Mark Carney, the head of the Bank of England for ‘wreaking all kinds of economic disasters’. He is not alone in his distaste for expertise. The secretary of state for health, Jeremy Hunt who has been heavily criticised for using false statistics to impose a new junior doctor contract said at the Conservative Party conference: ‘let’s not argue about statistics’. But the correct application of statistics is fundamental to science and there is an intimate relationship between science and democracy, scientific thought flourishes in democratic countries and withers in autocracies where the tyrant replaces the expert. Like everyone else, I have my areas of ignorance. But when these are exposed I seek information from reliable sources, from people who have knowledge and experience to fill that gap. It is healthy to be skeptical about statements from experts until you can satisfy yourself that they are indeed experts and that the evidence base for their comments is sound. Debate should be based on facts, not hearsay or ideology.

Yet distrust of expert opinion is not uncommon, many people take so-called ‘complementary therapies’ even when there is not a shred of evidence that they have any medical value beyond the placebo effect. And many parents have put the future health of their children at risk by withholding vaccines based on discredited evidence that the MMR vaccine may lead to autism. The overwhelming majority of climate change scientists are of the view that the earth is warming up at an alarming rate and that this is related to greenhouse gases, but they are just the experts and surely anyone is entitled to their own opinion? Many people subscribe to the vast number of conspiracy theories they read about on the Internet and believe in the ‘fake news’ from websites that pay their writers by the click of a mouse rather than the integrity of their journalism.

If you disagree with me and share Michael Gove’s contempt for experts: good luck when you allow the clown to take control of the cockpit.